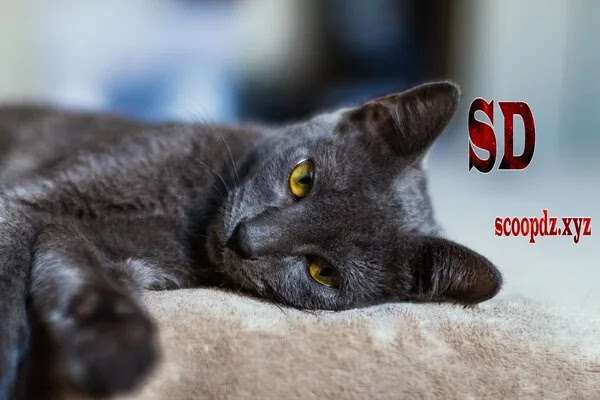 Ringworm is a fungal disease. This disease is characterized by the presence of microscopic fungi that attack the hair and make it fall out. This disease is especially common in long-haired cats such as Persians. It is therefore important to get information in order to treat the problem quickly.

Everything you need to know about ringworm

Ringworm attacks your cat’s hair until it falls out. It’s a disease that usually affects kittens and long-haired cats. It is very contagious and is feared in shelters or catteries. Most commonly, the fungi responsible for this problem are dermatophytes.

How did my cat get infected?

Ringworm is a highly contagious disease that is easily transmitted from one cat to another. Your cat may also have caught it through direct contact with another animal (dog, rat, rabbit…).

It is also a disease that remains contagious for a long time in the environment. Indeed, the sick animals lose spores of the fungus which remain contagious for a long time in the outside environment or in the cages of transport. If one of your cat’s cats catches ringworm, it is therefore important to isolate him and to clean all the grooming tools (brush, comb, claw cutter…) to avoid contaminating another animal.

What are the symptoms?

Ringworm is a disease that attacks the animal’s hair causing it to fall out. The most frequent symptoms are characterized by circular areas where you can see a loss of hair that grows over time and following the progression of the disease. You’ll also notice that the skin is darker in these areas, especially on your cat’s ears, paws, and face. The appearance of crusts or dandruff (scales) may also alert you.
Ringworm is, however, much harder to spot in an asymptomatic cat (20-30% of cases). In fact, it is sometimes an infection on a human that can indicate that the cat is a carrier.

This disease is caused by small fungi that feed on the keratin of your cat’s coat, causing it to fall out. The most contaminating fungi in cats are Microsporum canis and trichophytes mentagrophytes. There are many other species of microscopic fungi that can be found in other species of animals such as rabbits and rats, but they are not usually involved in cats.

Diagnosis of this parasite in cats can be made by several means. The examination with the wood light is one of the most used techniques. It involves shining a light on potentially infected areas. If the cat has spores, the light will be a fluorescent green color.

However, this method is not 100% reliable. In fact, the presence of scabs may give a false-positive result when the cat does not have ringworm. It is also possible that certain strains of ringworm do not show up in the light, even though the cat is a carrier of the disease.

How long is ringworm contagious in cats?

On average, ringworm disappears after a few months. However, for long-haired cats or certain breeds such as Persians, untreated ringworm can take up to several years to heal. The problem is that the affected cat will lose more and more hair which is very contagious. Therefore, if your pet has ringworm, it is in your best interest to treat it to prevent it from infecting your other pets or family members.

What treatment for ringworm?

The treatment of ringworm is quite long and tedious. Generally, a special shampoo should be used to eliminate the spores that carry the disease and to sanitize the animal’s coat.

There are also lotions that have the same effect. In most cases, it is a treatment that should be done every 3 days for about 3 weeks. If your pet is heavily infected, you can also shear it to eliminate a maximum of contaminated spores and for the treatment to work more quickly.

How is ringworm transmitted from cats to humans?

As you may have understood, cat ringworm is transmissible to humans and the risk of infection is quite high. In most cases, the contamination occurs with a domestic cat. In addition, it is important to note that this disease is risky for young children or elderly people who are more fragile.

The signs of contagion are quite similar to those of the cat. Indeed, ringworm affects all areas of the skin surface except the scalp. The micro lesions are generally located in the areas of contact with the animal (hands, forearms, neck, face…).

Pet Nutrition: Choosing the Right Food for Your Dog or Cat?

How much do cats sleep, and how many hours do they really need?