Monkeypox: how is it transmitted, and what are the symptoms? 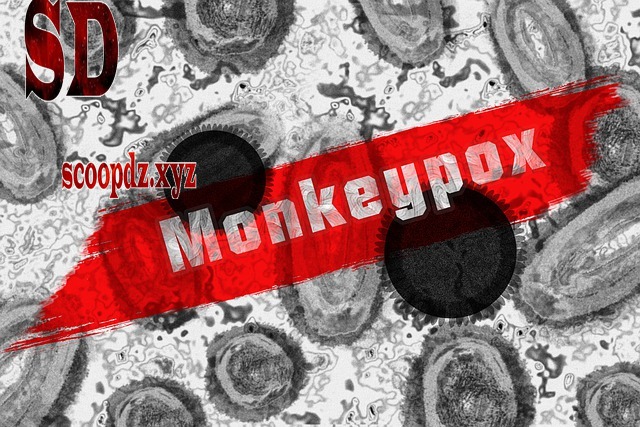 The world is not done worrying about the emergence of viruses. After more than two years of the Covid-19 pandemic, monkeypox is now spreading around the world. According to the authorities, three cases have been reported in France in the last few days. This virus, a cousin of smallpox eradicated for about 40 years, causes fever and skin rashes that can last several weeks. Here is what you need to know.

Where does the virus circulate?

France is not the only country affected. In fact, it is one of the latest to join the list. According to the European Centre for Disease Prevention and Control, at least ten countries in the European Union have recorded cases. In addition to France, Belgium, Austria, Germany, Italy, the Netherlands, Spain, Portugal, Sweden, and Denmark have, in turn, identified the disease on their soil. In addition to these countries, the United Kingdom, Switzerland, the United States, Austria, and Canada are also affected.

All of these countries are outside the usual zone of diffusion of the virus, called “Monkeypox”. Monkeypox is not a newly emerging disease. It is endemic in West Africa. The first person infected in the United Kingdom had just returned from a trip to Nigeria.

How is it transmitted?

As its name suggests, monkeypox is not originally a human disease. “In Central or West Africa, humans can become infected through contact with animals, wild or captive, dead or alive,” says Santé Publique France. Rodents” or “monkeys” are regularly mentioned.

It is now the human-to-human transmission, during close and prolonged contact, that worries. “The monkeypox virus can be transmitted by direct contact or through the mucous membranes of a sick person,” continues the health agency. While “direct contact with injured skin during sexual intercourse facilitates transmission,” monkeypox is not considered a sexually transmitted infection. The virus can also be transmitted through droplets, exhaled into the air when talking or sneezing. “It can also be transmitted through contact with the patient’s environment (bedding, clothing, dishes, bath towels),” says Santé Publique France.

What are the symptoms and are they dangerous?

The symptoms of monkeypox are particularly disturbing. After the incubation period, which varies between five days and three weeks, a fever, “often high”, sets in, writes the health agency. It is accompanied by headaches, aches, and fatigue. In addition to these symptoms, the virus causes skin rashes. “The fluid-filled blisters progress to drying, crusting, and then scarring.”These not-so-discreet clinical signs of the disease can mostly cause “itching” in key areas of the body. “

The vesicles are rather concentrated on the face, the palms of the hands, and the soles of the feet. The mucous membranes are also concerned, in the mouth and genital area,” says Santé Publique France. The lymph nodes in the neck may also be swollen.

On the other hand, the strain in circulation has not, so far, caused serious cases. “At this stage, the cases reported in Europe are mostly mild, and there are no reported deaths,” reassures the health agency, which specifies, however, that the disease is often more serious “in children and immunocompromised people.” It can indeed be complicated by “superinfection of skin lesions or respiratory, digestive, ophthalmological or neurological damage”.

Is there a treatment or vaccine?

No treatment or vaccine specifically for monkeypox has been developed. But the world is not without a cure. The United States plans to use the classical smallpox vaccine to protect against contact cases of the disease. This is despite a major obstacle: since the eradication of human smallpox, vaccine production remains limited.

Across the Atlantic, two vaccines have been licensed on an emergency basis. 100 million doses of ACAM2000 are available, but its side effects are “potentially significant” and immunocompromised people cannot receive it. Another vaccine, Jynneos, is considered safer. But the United States has only 1,000 doses available. However, most patients recover without treatment after two to four weeks.

Are we heading for an outbreak?

While the world is still worried about the emergence of a new variant of Covid-19, will monkeypox also experience an outbreak? As it stands, it doesn’t look like it will. “This smallpox is not very transmissible”, analyzed Dr. Benjamin Rossi in the last few days.

But doctors remain on their guard. “Smallpox can mutate during its human-to-human contamination,” warned the infectiologist at Robert Ballanger Hospital (Aulnay-sous-Bois). “If it becomes as transmissible as human smallpox – one of the most deadly diseases in human history – it can give very large epidemics. But that’s not what we’re seeing with the circulating strains.”

How to create a PayPal account and receive money?