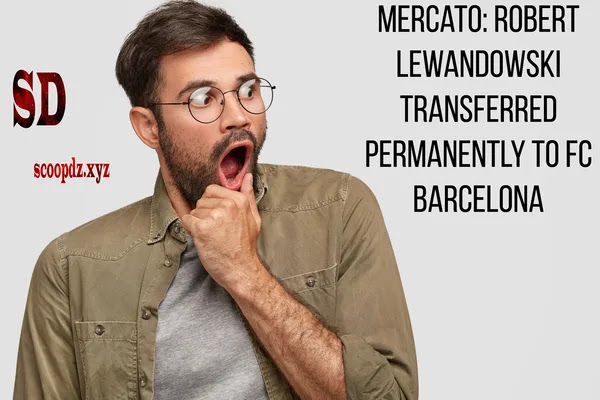 This will most likely be his last adventure with the club before he retires as a player. Former Bayern Munich striker Robert Lewandowski, 33, has signed with Barcelona until 2027 for a fee of 45 million euros, the Catalan club announced Tuesday 19 July.

In a statement, the Blaugrana club stated that “Barcelona and Bayern Munich have reached an agreement regarding the transfer of Polish striker Robert Lewandowski for a total of 45 million euros plus 5 in variables.” However, the statement provided no additional information regarding the variable portion of the transfer sum.

The Polish player will sign a four-year contract with a 500 million euro release clause, according to Barça.

One of the best strikers in Europe

This is the fourth summer transfer for Barcelona, after Franck Kessié (AC Milan) and Andreas Christensen (Chelsea), who arrived free, and Raphinha (Leeds), recruited for 70 million euros.

After eight years in Bavaria, where he won a Champions League (2020), eight German championships, and a Club World Cup (2020), and was named Fifa player of the year twice, the Polish international left Bayern Munich (2020 and 2021).

Lewandowski recently joined his teammates in Miami, USA, where Barça is scheduled to play a series of pre-season friendlies. After beating David Beckham’s Inter Miami 6-0, the Blaugrana have three more games against Real Madrid, Juventus, and the New York Red Bulls before the start of the La Liga season on August 12.

The Problem With the Latest Bitcoin Price Rally