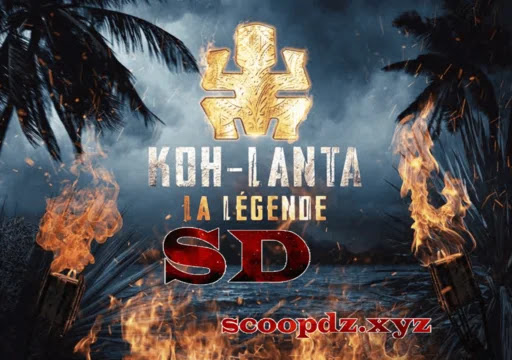 The night was short for Géraldine. But it’s with the same enthusiasm that characterized all her journey in “Koh-Lanta: le Totem Maudit” that she calls us, this Wednesday, June 22. After winning the pole challenge, the only woman in the final was beaten by one vote by François and Bastien, who tied for the win. The day after the final jury’s verdict, this goods dealer and mother of two teenagers tell us about her incredible adventure in the Philippines.

In spite of some adjustments in front of the final jury, we felt that there was a lot of respect between the candidates of this season. Can you confirm this?

It’s true. We said it to each other very often on the camp. Between the reds, in particular, we all got along very well right up to the end and we stayed in touch with each other, moreover. I am extremely happy to have lived this season with these people.

It is perhaps less talked about on the social networks, which prefer the more sulfurous candidates. But that’s fine, isn’t it?

I prefer it! It was great to be with human, nice people, with whom we get along well. It is still more pleasant than to live an adventure with low blows permanently. And that’s why each vote was complicated to make, for all the councils. I think that says something.

So you lost by one vote to François and Bastien, who won this season equally. With a little hindsight, do you regret having chosen François after your victory on the poles?

No, not at all. I couldn’t see myself choosing anyone else, for several reasons. First of all, because of affinity, since I have been in the red team with him since the beginning. François is someone who protected me when I was almost eliminated in pairs with Fouzi. Then he took me to the most beautiful comfort. Finally, he is just a great person. In short, it was impossible not to choose him.

You made the choice of loyalty, whereas others might have chosen Jean-Charles to have more chances to win, right?

Yes and no. Jean-Charles might have chosen Bastien and we would have ended up with two reds against one yellow and then Bastien would have had a lot of yellow votes. I don’t know and in any case, I didn’t feel like doing that calculation. I wanted to vote with my heart and don’t forget that I had just won the poles. I had gone beyond what I could have imagined and for me, I had already succeeded in my “Koh-Lanta”.

More than two hours on the poles

At the beginning of the season, you were very discreet. In any case, you were rarely seen on the screen. Was it difficult to live in front of your TV?

I was very frustrated because I had lived the adventure like the others, and I couldn’t show it to my family. It was difficult to live, knowing the end. Afterward, my adventure was like that: it took me a time to adapt to know the people, to adapt to the environment where we were.

On the other hand, your adventure ends in a climax. If this “Koh-Lanta” had lasted two more days, we wouldn’t have seen you again!

(laughs). I even finished third in the penultimate round! In fact, I gained confidence as I went along, quite simply. The comfort also did me a lot of good and allowed me to recharge my batteries.

How long exactly did you stay on the poles?

In front of our TV, it lasts 20 minutes, including commercials. How do you manage to keep going that long physically and mentally?

The hardest part is when the pile gets smaller and the edges get stuck in your foot. It starts to really hurt and I tried to escape by thinking about my sweetheart, my kids, and my life, which I would get back. But I couldn’t focus at all. So I started to stare at a point, more precisely at the cameramen in front of me. And that was all I could think about. I didn’t move my eyes either, not when Denis came to talk to us, not when the others started to fall. I didn’t want to be disturbed.

In your portrait, you said you did “Koh-Lanta” to impress your children. There are easier ways, right?

I wanted to impress them, of course. But it’s more of a wink. In fact, we watched “Koh-Lanta” together for ten years, and one day I told them: “I will also do ‘Koh-Lanta’, and I will win the poles”. At the time they had a good laugh! And then when all the planets aligned, I sent my application and the doors opened. By doing “Koh-Lanta”, I also wanted to show them that by making efforts, when we have something inside us that speaks to us, we can go very far. And that the taste of the effort releases a lot of emotions.

You were already very athletic before doing the show?

I run regularly. I did the New York marathon in 2019, I’m used to long races. Just before Koh”-Lanta”, I went to participate in the GR20 (a famous ultra-trail in Corsica, editor’s note) with my spouse and it was good training.

For some candidates, “Koh-Lanta” marks a change of life. For you, will there be a before and after?

Not at all! I love my life, and I wouldn’t want to change it. “Koh-Lanta” has given me an extra dose of confidence, no doubt. I had already changed my life before, four or five years ago. It was done! This adventure was more about personal development.

What did it teach you?

I learned that an ordinary person can do something extraordinary! And that when you have something that vibrates inside you, you have to listen to it because it can move mountains.

Health insurance in the United States - how to get it