At least ten people were killed at a shop Saturday in Buffalo, upstate New York, mostly African Americans, in a shooting carried out by a white youth that authorities have classified as a racist crime.  The killer was immediately arrested at the scene and is being prosecuted for “premeditated murder” and has been jailed. 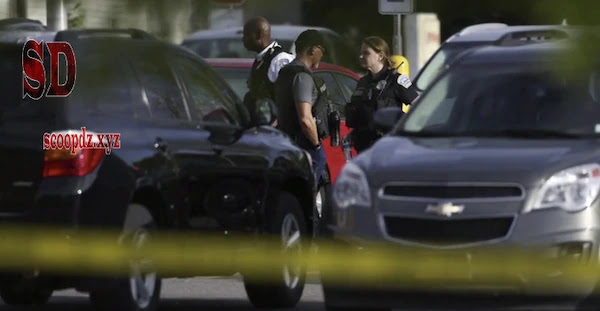 A white man was shot at a supermarket Saturday in Buffalo, upstate New York, killing at least ten people, most of them African Americans, in what authorities described as a racially charged massacre.

“We are investigating this incident as a hate crime and a case of racially motivated violent extremism,” FBI officer Stephen Belongia told a news conference in the northern city of Lake Erie near the border with Canada.

The killer was immediately arrested at the scene and is being prosecuted for “premeditated murder” and has been jailed.

Police and local judicial authorities revealed that he was an 18-year-old white man in military-style uniform who was in possession of a bulletproof vest, helmet, and camera to broadcast his crime live on the internet.

Buffalo Police Chief Joseph Gramaglia said “ten people were killed” and three others were wounded, adding that 11 of the victims were black and the other two were white in the predominantly African-American neighborhood of Buffalo.

Gramaglia added that the young man initially shot four people in a parking lot in the supermarket “tops”, killing three of them, before entering the store where he committed a massacre.

In the supermarket, a security guard, a retired policeman, shot him. But the young man, protected by his bulletproof vest, was not injured, and the guard was shot.

When police arrived at the scene quickly, the young man pointed his weapon at his neck, before surrendering to them, commissioner Gramaglia said. Erie County Police Chief John Garcia described the attack as a “hate crime” and “racism” committed by a man who “embodies evil”.

Traditionally, “hate crimes” in the United States refer to an act directed against a person because of elements of his or her identity such as race, religion, nationality, sexual orientation, or a specific disability. Since it is a federal crime involving aggravating circumstances, it automatically leads to harsher penalties.

Asked if the shooter faces the death penalty at the federal level, the local prosecutor’s representative said “all options are on the table”.

Crime on the platform “Twitch”

The executor of the operation, who was carrying a camera, began broadcasting his crime on the Twitch platform, which said it was “shocked” and promised “zero tolerance for any form of violence”.

The social network reported that the content was deleted “two minutes “after the start of the broadcast and that the attacker’s account was” suspended permanently”, noting that”all accounts that are likely to re-publish this content are subject to censorship”.

US media also spoke of a” manifesto ” of a racist nature published on the internet, as is often the case in crimes committed by white supremacists. The “Buffalo News” newspaper revealed that the words offensive and racist are prohibited to be used in the United States to describe black people, written in white on the gun.

New York Governor Kathy Hockel said on Twitter it was a”horrific massacre perpetrated by someone who believes in white supremacy”.

Buffalo Mayor Byron Brown, an African-American, said the attacker traveled for hours to commit his crime in a predominantly black neighborhood of Buffalo.

The incident is reminiscent of a racist massacre on the third of August 2019, when a 21-year-old far-right man killed 23 people, including eight Mexicans and “Spanish-speaking” people, in El Paso, Texas, and another on June 17, 2015, when a racist white man killed nine African-American worshippers at a church in Charleston, South Carolina.

The United States has seen near-daily shootings and killings in public places, while a number of major cities such as New York, Chicago, Miami, and San Francisco have seen an increase in gun crime, especially since the covid pandemic.

According to the “small arms service” program, in 2017 the United States had 393 million guns, more than the population.

And in 2021 killed with firearms about 45 thousand people in the United States, including about 24 thousand suicides, according to the organization “gun violence alkali”.

It should be noted that the US Constitution guarantees the right to own weapons.

A slew of initiatives by parliamentarians to tighten gun laws have failed in Congress in recent years while the powerful gun lobby “National Gun Association” (NRA) remains very influential.

During a visit to New York in February, President Joe Biden condemned the increase in gun violence in the city and promised to do more at the federal level against the scourge.

On Saturday night, he condemned the shooting, which he described as”abhorrent”, according to his spokeswoman, Karen Jean-Pierre.