Is Charles Leclerc the fastest driver in F1? 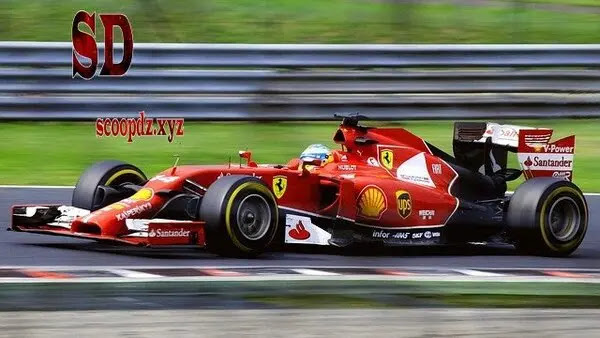 If Charles Leclerc had converted all his pole positions into victories in 2022, he would be the favorite for the title. In eight qualifying sessions this year, he has been fastest in six (including Saturday in Baku), while he has finished second in the other two (behind Sergio Perez in Saudi Arabia and Max Verstappen at Imola).

Of course, the fact that Leclerc’s Ferrari is so fast on a lap but more equal to the Red Bulls in the race is one of the reasons why this year’s world championship is so open and exciting. The way Ferrari treats its tires means it can easily get them up to temperature on a single lap, but managing them over a race distance is not always so simple and has been a consistent weakness for Leclerc compared to championship leader Verstappen.

But putting aside the idiosyncrasies of each car’s tire management, Leclerc is undoubtedly claiming the title of F1’s fastest driver over a single lap. His pole position lap in Baku is the latest example of his masterful precision and speed, as he skimmed the barriers at the apex and exit of almost every corner without ever seeming out of control.

In a session that looked very close between the four drivers of the top two teams throughout Q1, Q2, and the first run of Q3, Leclerc found almost 0.3s on his nearest rival when it mattered, and this without the advantage of the slipstream on the long Baku pit straight. The advantage he held was mainly in the second, tighter sector of the track, with Leclerc’s best attempt to get his Ferrari through the castle walls giving him a 0.327s advantage over second-placed Perez in that sector alone. Red Bull regained time on the straights, where the RB18’s low-drag setup came in handy, but by the time his Ferrari entered the pit straight, Leclerc had time in hand after his intense flirtation with the walls earlier in the lap.

An outstanding lap in a lead car is always easier to identify than an equally impressive lap in a mid- or back-of-the-pack car, and there are a number of drivers who often make the most of their machines in the same way Leclerc did on Saturday, but end up in the middle of the grid. George Russell, for example, would also be a candidate for the title of F1’s best qualifier after outperforming the man with the most pole positions in F1 history, Lewis Hamilton, in the last three events and taking his Mercedes to fifth place on Saturday.

But Leclerc’s total domination this year over his anything-but-slow teammate Carlos Sainz, and his ability to extract the fastest laps consistently while facing the pressure of a title fight, means he can legitimately claim the title of F1’s best qualifier this year. All he has to do is convert that one-lap pace into wins on Sunday.

There was some confusion at Red Bull before the final timed laps of qualifying. While Max Verstappen went out as scheduled, he quickly noticed that he was out before teammate Sergio Perez.

Verstappen asked why, as he was to be “towed” by Perez on his lap – the effect of the slipstream on the long Baku straight is huge. Perez’s car was delayed in the garage as the team struggled to turn it on, which team boss Christian Horner later explained as a problem with the car’s fuel supply.

Perez was supposed to give the tow to Verstappen, but if he had been out of sync with the other drivers, Red Bull had also planned for him to get the tow from another car. As it turned out, Perez had to do his lap out of sync and in clean air, which probably cost him a small portion of his lap time.

“I think we could have been a lot closer,” Perez said of the tow, although he admitted that Leclerc might have been out of reach anyway.

” It appears that every time Ferrari gets everything together in qualifying, they make a big step forward.” We lost many tenths, but not the three needed to reach the pole.

“With a tow, it would have been close,” he continued, “but we wouldn’t have had the speed to nail Charles.”

“[Ferrari] had the upper hand on one lap.”

“Regardless of his starting position, Perez once again surpassed Verstappen on Saturday. By winning the Monaco Grand Prix last time, he narrowed the championship margin to 15 points, and if he finishes ahead of Verstappen again on Sunday, he will further complicate what is already an interesting teammate dynamic for Red Bull.

Mercedes has taken two steps ahead and one step back.?

At the Spanish Grand Prix three weeks ago, it looked like Mercedes had closed the gap on Ferrari and Red Bull and was on the verge of putting Lewis Hamilton and George Russell in contention for wins in the next few races. But just two bumpy street circuits later, the faster of the two silver cars found itself in a battle with Red Bull’s AlphaTauri junior team for fifth on the grid on Saturday while being 1.3s off pole – the largest dry weather qualifying margin Mercedes has had this season.

So was the performance in Spain simply false dawn?

Not exactly. If there was progress at the Spanish Grand Prix, it was made on a specially designed circuit with a smooth surface and a sequence of high and medium-speed corners. On the bumpy street circuits of Monaco and Baku, Mercedes discovered rolling problems that were not apparent in Spain, as well as a return of the dreaded bounce – or “porpoising” – on the high-speed straights of Baku.

The brio, which has bled the Mercedes’ performance in the first five rounds of the time, is twice frustrating for the platoon, as it shows not only that the auto is still on the edge of its seat in terms of working the problem, but also that the time spent working the brio wasn’t as well spent as its masterminds had hoped. For every hour the platoon’s plant spent working the brio, it wasted that important time developing the performance advancements planned to ameliorate the auto’s base performance. Meanwhile, rivals Red Bull and Ferrari continued their own developments and widened the gap at the front, meaning that the return of the brio in Baku dropped Mercedes indeed further off the pace.