How much do cats sleep, and how many hours do they really need? 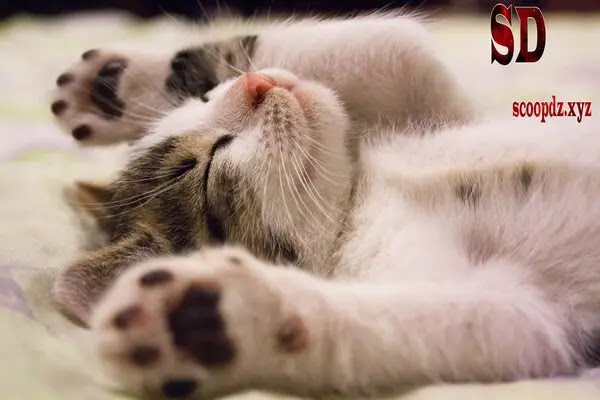 As you already know, cats are great sleepers. The amount of time a cat sleeps can vary depending on its age but also on where it lives. If your cat has access to the outdoors, it will have the opportunity to hunt and will spend a little less time sleeping than an indoor cat living in an apartment. Find out why he spends so much time with his eyes closed, and how much sleep your feline normally gets each day.

Cats spend the majority of their time sleeping. Because a cat’s sleep cycle differs greatly from that of a human, your feline companion may wake you up in the middle of the night because he will be very fit at that time.

A cat will rest and sleep a lot during the day. It will alternate phases of light and deep and paradoxical sleep. The cat can go through up to 20 to 25 complete sleep cycles in one day. These cycles will be interrupted by moments of activity sometimes intense during the day (moment of games, going outside).

The cycles are similar to those of humans. On the other hand, the periods of sleep and of falling asleep are quite different. Unlike humans, cats are very active in the evening and at night because they are primarily nocturnal predators. If he wakes you up too often at night, try playing with him in the early evening when he starts to be active. You can also leave him some independent toys to keep him busy during the night.

Deep sleep is the most important phase of a cat’s sleep. It is during this phase that the cat rests deeply and regenerates. It is a phase of mental rest and bodily regeneration that can last 30 minutes. The cat will be calm and relaxed, with slow breathing, closed eyelids, and low brain activity.

In kittens, this sleep phase is almost non-existent while the adult cat can sleep soundly for up to 12 hours a day.

The first phase of sleep often consists of light sleep. This is a period when the cat is half asleep but still awake. During this phase, the animal may decide to go to sleep in another place if it feels disturbed. It is therefore useless to force him to sleep in a place that you will have defined for him in advance.

The REM sleep phase corresponds to the dream phase of the cat although no study confirms this. It is a short period of about 10 minutes in which the cat can move in its sleep. Kittens are more often in this phase of sleep. Their sleep is often more restless. However, you should avoid waking your kitten during these phases as it is necessary for proper brain development and growth.

Number of hours a cat sleeps

The number of hours a cat sleeps varies according to its age. The place where your cat lives also has a big impact on its sleep. A habit of going outside to play can cause less sleep. A cat that lives indoors with little physical activity is more likely to fall asleep.

A growing kitten requires numerous hours of sleep per day. She can, in fact, sleep up to 20 hours per day, which is quite normal. It is therefore critical to allow your kitten to rest and not overburden her during her first months of life.

An adult domestic cat sleeps 16 hours per day on average. This, once again, is dependent on his physical activities during the day. With access to the outdoors, the cat will be more tempted to hunt and, as a result, will sleep slightly less than a cat living in an apartment with no access to the outdoors.

Like kittens, senior cats need more hours of sleep. Cats over 12 years of age are more fragile and with age need more sleep, which is normal. If your cat is getting old, don’t force it to go out or play too often and for too long during the day so that it doesn’t get too tiring.