The price increase of Cardano is hardly shocking. ADA rose by as much as 35% in a single week, with price alterations correlating with expectations from the prior week.

If one has owned and traded Cardano for a very long time, the past two weeks have been an incredible rollercoaster ride.

When Bitcoin showed a new spark of vigor starting July 19, Cardanowas warned of a bearish trend and potential liquidity happening in the $0.40 range. 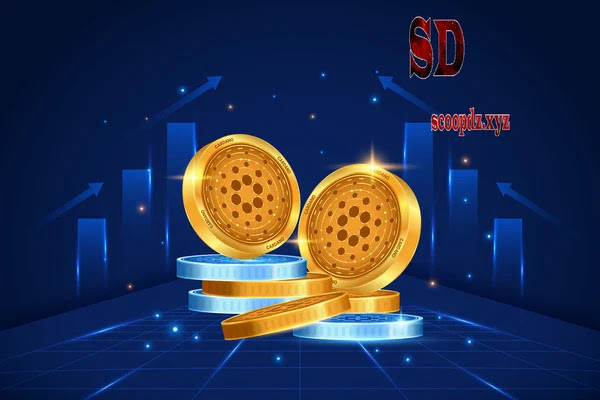 The bears gained from the ADA’s 12 percent drop. The failure of the bearish momentum to sustain the price in the $0.40 region, however, is regarded to indicate that it may only be temporary. ADA’s price did rise above its resistance level of $0.40 and reached $0.54.

Cardano Rolls With The Books

Cardano definitely rolled according to the books. The token is currently trading at $0.50, up 11% in the last seven days, data from Coingecko show, Thursday.

According to ADA pricing, there are two distinct possibilities. One possibility is that its price might either rise to around $0.65 or fall from $0.52 to just $0.35.

For those aiming for greater objectives, there is an uptrend indication that shows a breach slightly below $0.472. After just breaking above the $0.45 barrier level, the cryptocurrency is now pushing for a greater high.

If ADA continues on its current trajectory, there are strong technical indications that it may increase as high as 51%.

ADA appears to be heading in the direction of the bulls after breaking through a significant supply wall. Technical clues suggest that ADA might be able to appreciate as long as it trades over $0.50.

Since it was able to break through the barrier level and indicate a fresh uptrend prognosis, ADA has been more positive. Following an arduous consolidation process that lasted three months, the price of ADA has now increased by 23 percent.

Cardano has overcome the $0.45 resistance level, initiating the rise. Additionally, once the support level or zone is broken, increased purchasing pressure may cause ADA prices to rise.

The token was able to break free of the descending triangle, according to its 12-hour chart, and is now seen to have grown to almost 51 percent after successfully breaching the $0.45 region. After this is done, it’s possible to push an upward trend toward $0.70.

However, ADA needs to be able to keep it around $0.50 in order to aim and shoot for higher highs. If it is unable to maintain it in that range, it might be viewed as a weakness that could lead to a sharp selloff. If this takes place, ADA may fall to $0.45 or even dangerously to $0.38.

Blockchain.com sacked a 25%of Its Staff:Report