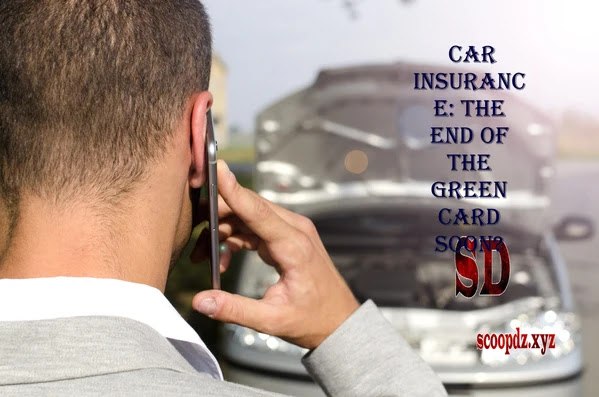 After 73 years of good and loyal service, the green card could disappear. This is what the Fédération des Assurés is proposing, which is campaigning for the abolition of the green card to simplify the life of motorists. Changing the insurance sticker on the windshield may soon be history.

What is a green card?

Created in 1976, the green card is your car insurance certificate. It is given by your insurer after the contract between the two parties has been signed. It is valid for one year and is renewable every year. It must be affixed to your car in a visible manner. The green card mentions the name of the insurer, the vehicle’s registration number, and the period of validity of the contract. Depending on the car, it can be placed in different places on the vehicle:

Explanations of the reasons for the possible disappearance of the “famous” green card.

The file of insured Cars is called a reinforcement

To replace the green card, France Assureurs proposes to use the “File of Insured Cars” (Insured Cars File) which lists the main information concerning the vehicles insured in France: cars, two-wheelers, and trucks since 2019.

Thus, the police can consult the information thanks to the registration number of the controlled cars. The data contained therein are updated, and insurers have a period of 72 hours to add or modify certain information of the contract.

In order to guarantee more efficient controls, the Federation of Insurers strongly recommends the use of the Insured car File. During a roadside check, the police will no longer have to check the green card with the certificate but through the Fichier des Véhicules Assurés.

According to MoneyVox, the national gendarmerie explains that a mobile application allows law enforcement to consult the files des Véhicules Assurés. This allows them to fight against uninsured cars.

The other reasons for the suppression of the green card

For drivers, it will no longer be necessary to think about changing the green card every year at the risk of forgetting it and not noticing it during a police check. This will allow the driver to avoid a fine of 35€ for not presenting the car insurance certificate.

This dematerialization could allow insurers to save money because the cost of these mailings is estimated at 300 euros for 1,000 stickers. Based on the 56 million cars on the French market, a saving of 17 million euros would be made. The disappearance of the green card would avoid the printing of 50 million documents with an ecological impact.

Currently, France is the last country to require the presentation of paper documents during roadside checks. These documents are not necessary to travel within the European Union. In all countries concerned, the license plate alone is a reason for insurance. Germany, for example, has abolished this format since 2008.

Driving without car insurance: what are the risks?

More than 65,000 offenses for lack of insurance have been recorded. In France, article L324-2 of the Highway Code stipulates that any driver who drives a car without being insured commits an infraction and is liable to :