Bitcoin: a local “indicator of carnage” in the cryptocurrency market and the way to the million-dollar 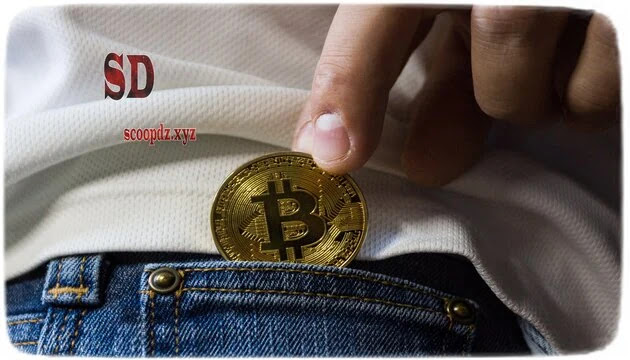 Yesterday’s attempt to break through the resistance level of $42,000 for one bitcoin failed. Moreover, all the daily growth was confused, and the main cryptocurrency closed in the red zone.

Now the optimistic scenario looks like a continuation of lateral trading from $ 39,000 to $42,000 for one bitcoin the situation of uncertainty persists.

A pessimistic technical scenario, in this case, would be a break in the current lateral support and a decline in the $ 37,000 area. However, as this week’s history of declines has shown, the $39,000 level is robust for local unrest.

The Fed scared off crypto investors

The main cryptocurrency, followed by the rest of the market, sank after Federal Reserve Chairman Jerome Powell said interest rates should be raised faster to counter inflation. He said the Central Bank plans to raise the rate by 0.5 percent next month.

Prior to that, the president of the Federal Reserve Bank of St. Louis, James Bullard, had said he expected the interest rate to rise to 3.5 percent by the end of the year.

The rate growth factor as a whole remains bearish for cryptocurrency against the background of its correlation with the stock market, for which the tightening of monetary policy is unfavorable. But the market, according to my subjective assumption, has most likely already partially resigned itself to the prospect of an increase and has taken this into account in the price.

However, most investors seem to agree that now is the best time to invest in bitcoin. Indeed, the current surge in inflation has led to the collapse of stocks, and investors have no idea how quickly the central bank intends to raise interest rates.

The painful question of inflation

Inflation hit 8.5% last month and the central bank is expected to raise interest rates to curb the rise. There is also the concept of discounted cash flow, aimed at valuing high-growth investments such as technology.

Some of the factors that investors have had to deal with in the recent past include rising inflation, geopolitical tensions, and the tightening of the central bank’s monetary policy.

According to the minutes of the Fed’s March meeting, the central bank also intends to reduce its balance sheet by $95 billion every month.

“Slaughter indicator” in the cryptocurrency market

In such an ambiguous period for the market, renowned cryptocurrency critic and fund manager Peter Schiff described a “carnage indicator” for the cryptocurrency market and expects it to be implemented soon.

Whenever stocks fall, investors expect similar movements in the crypto market, because the distribution of funds in the crypto market often follows the performance of the stock market. Previous reviews have repeatedly noted that Bitcoin’s correlation with technology stocks remains high.

In contrast to the performance of the main cryptocurrency, Schiff showed the movement of gold-related stocks, which underwent a sharp correction on April 21, in addition to a $ 6 decline in the price of gold. However, traditional assets have shown better performance compared to Bitcoin. For example, the Valkyrie Miners ETF has fallen by 35% since February, while investment products related to gold mining have increased by 25%.

Bitcoin’s road to a million-dollar

But not everyone is so critical of cryptocurrencies. His supporters continue to discuss the long-term prospects. Earlier this week, popular cryptanalyst Jason Pizzino spoke about Bitcoin’s “journey to a million dollars”.

At the beginning of the week, Pizzino said that a 25-fold increase might seem a little far-fetched. But as we can see, from December 2018 to the current peak reached in November 2021, it was essentially a 22-fold increase.

“Bitcoin needs to disassociate itself from the technology sector and be more in tune with gold if it wants to become a global reserve asset.”

The analyst is far from the only supporter of such an optimistic bar for the main cryptocurrency.

In early April, on the second day of the four-day Bitcoin 2022 conference, Cathy Wood, CEO of ARK Investment Management, said that her company expects the price of Bitcoin to reach $1 million by 2030.

She made this conclusion based on the expectations that over the next eight years, about 2.5% of institutional assets will be invested in Bitcoin.

Cryptocurrency trading on the stock exchange for beginners

Can bitcoin regain its status as a means of payment